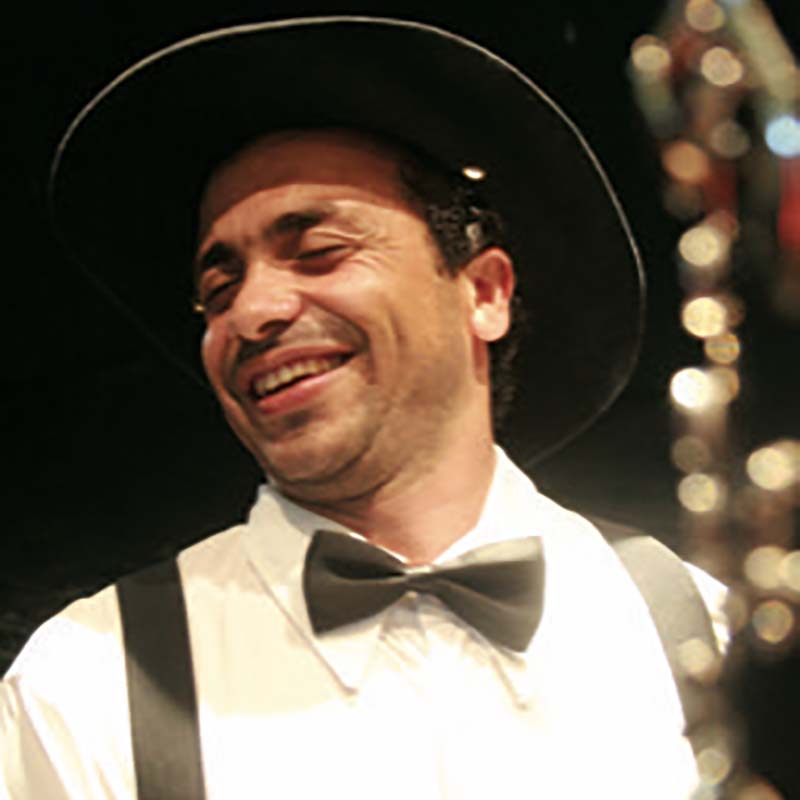 Synopsis: When the dust settles after the battle and the iron begins to rust. How do we move forward? When the city counts its streets and alleys…Does it count all those who went and never came back…all those who sank into the sea or drowned in their sadness? If building deserves all these efforts does the destruction do so too? If life deserves these attempts, what does death deserve? When this stupid game stops, what then? The war…
This theatrical work is to revive the memory of a Palestinian child who has lived in Beirut during the war in 1982 with all its dimensions. The events are taking place in the region between awakening and sleep between fantasy (dream) and reality.
BUY DAY TICKET
BUY 4 DAY TICKET

Actor, Director and Musician has worked in the field of theatre and the arts since 1987 in several Arab Countries. He has participated in many festivals and artistic events in the Arab World. He was awarded best actor in Amman at The Jordanian Theatre Festival in 1993. In 1995 he returned to Palestine to work at the Palestinian Ministry of Culture. He founded the “SAFAR” theatre in 2000, and produced several theatre and musical works.

He was director of the Ramallah’s Child’s Festival for five years. He taught music and drama in many schools and cultural centres in Palestine. He directs, acts and composes music for many groups and professional institutions. He participates and supervises artistically the most famous children’s programme “Yoya Land” and “Sesame Street” as well as preparing and presenting several TV programs at local and Arabic stations. He has acted in several TV shows and movies such as “Haifa” and “The Two Prisoners”. Currently, he is working on the establishment of a specialized children’s theatre in Palestine.