Lives between the Lines – Reflections on a lost Levant 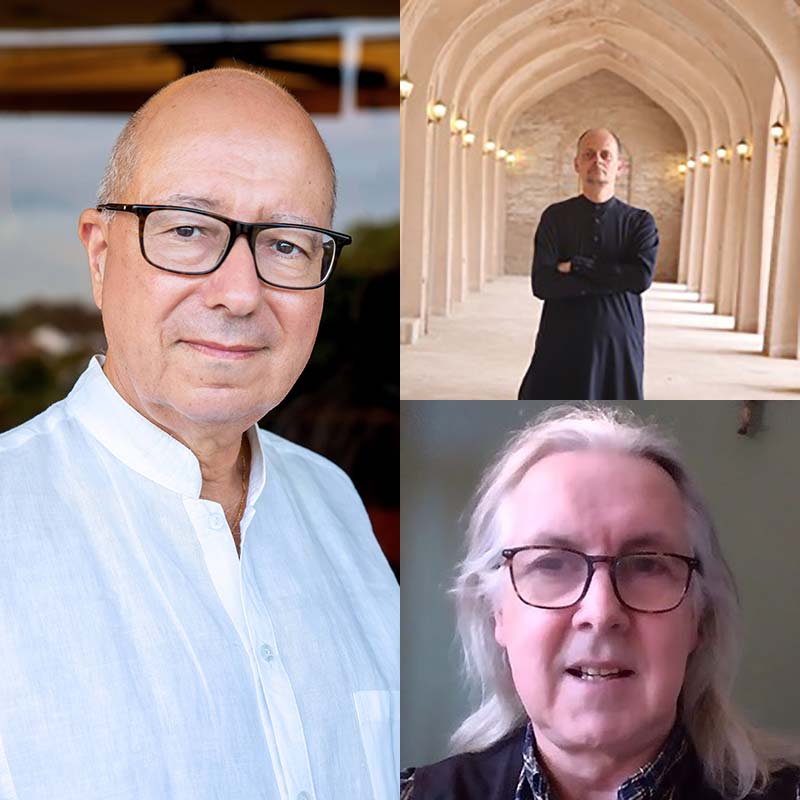 Michael Vatikiotis in conversation with Toby Ash and Anthony Gorman

Michael Vatikiotis is a writer, journalist and private diplomat working in Southeast Asia since 1987. He was formerly editor of the Hong-Kong-based Far Eastern Economic Review. He has written two novels set in Indonesia and three books on the politics of Southeast Asia. His latest book “Lives Between The Lines: A Journey in Search of the Lost Levant ”, which traces the roots of his family in Egypt and Palestine, was published in August 2021.

Toby Ash is a director of Turquoise Mountain, a UK charity founded in 2006 by HRH The Prince of Wales to revive historic areas and traditional crafts, providing jobs, skills and a renewed sense of pride. It operates in Jordan, Saudi Arabia, Afghanistan and Myanmar.

Toby graduated with a master’s degree from the Middle East Centre at St. Antony’s College, Oxford in 1994, where he specialised in the history of Palestine. He subsequently worked as a journalist in the Middle East and was a frequent visitor to Palestine and a regular commentator on Middle Eastern affairs in the UK and the US.

In 2000, he moved into the private sector in the UK, before returning to the Middle East in 2015 to manage the country operations of a large French humanitarian INGO, firstly in Jordan and then in Gaza and the West Bank. He is currently based in the UK.

Anthony Gorman is Senior Lecturer in Islamic and Middle Eastern Studies at the University of Edinburgh. Author of Historians, State and Politics in Twentieth Century Egypt (2003) he has co-edited and contributed to number of volumes on late nineteenth-century Egyptian history, Middle Eastern diasporas and the press in the Middle East before 1950. His latest volume (co-edited with Sarah Irving), Cultural Entanglement in the Pre-Independence Arab World: Arts Thought and Literature (IB Tauris 2021) includes his chapter, ‘Cultural communicators: The Greek Arabists of Interwar Egypt’. His current research interests include the history of the Middle Eastern prison, the anarchist movement in the Eastern Mediterranean before the First World War and the resident foreign presence in Egypt.